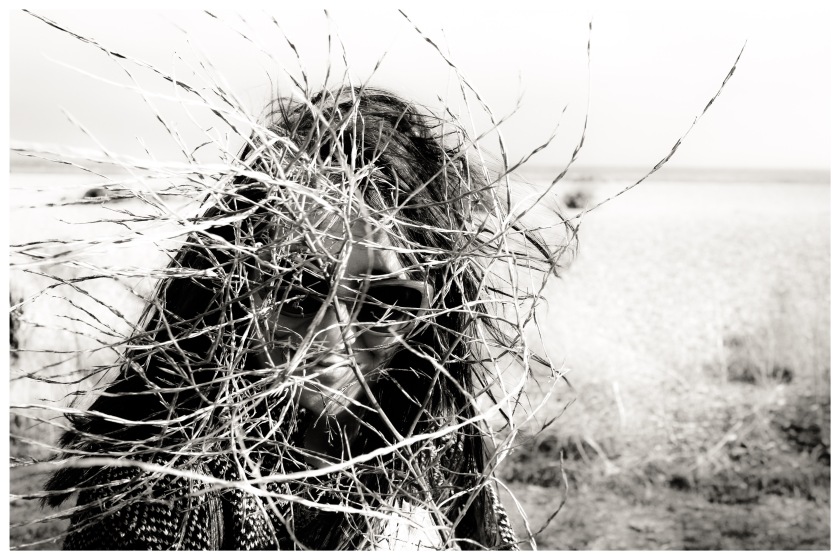 There once was a Neanderthal horse
Cave dwelling was his only tour de force
He thought ‘why am I still ere?
It’s been thirty thousand years,
Well at least I’m immortal of course.’

Jean-Pierre Blanchard and John Jeffries, the first to cross the Channel in a balloon, 7th January, 1785. 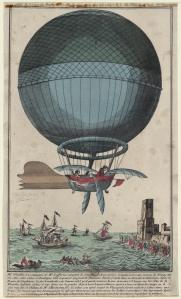 Two balloonists set off from the white cliffs of Dover
With a heavy basket, the Channel they flew over
Hurling everything into the water
From silk oars to their trousers
Cor, they were nearly done for indecent exposure

They reached Calais in just two hours thirty
Leaving a trail of extraordinary debris
Just the first piece of airmail
Survived their colossal sail
And just big enough to cover their modesty. 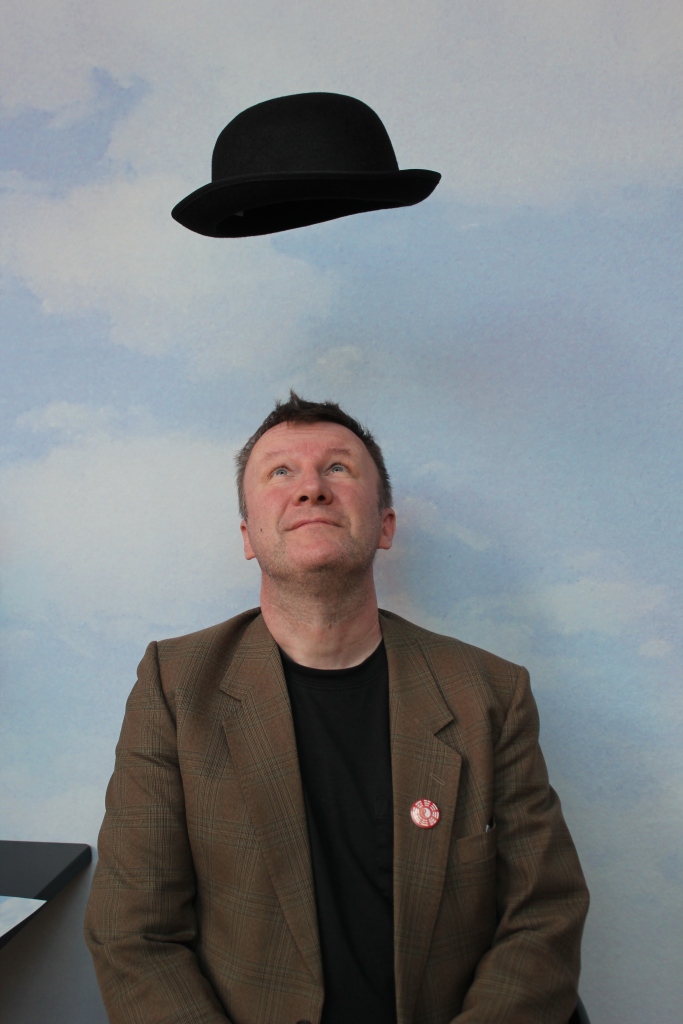 Whilst pondering these fashions quite outlandish
He feels peckish and fancies a sandwich
Sardine, pickle and chilli
Camembert maybe piccalilli?
Who knows, these creations just vanish.

Full-bellied, he ambles to the old vintage bookstore
Treasures piled so high – he forgets what he’s come in for
Scanning Lovecraft, and Rousseau
Fenland myths to Edgar Allan Poe,
“Over many a quaint and curious volume of forgotten lore— ”

Well this young fellow is me old pot and pan
My old friend, my true love, my man
What an extraordinary life
You’ve given your old trouble and strife
Hoof in hoof from Brooklyn to Japan. 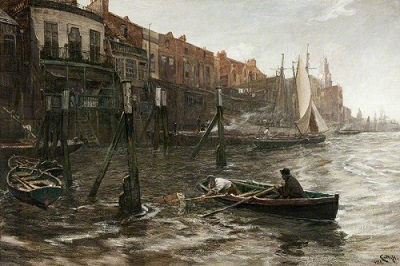 Whilst driving so often through Blackwall
In a transient thread of a long traffic crawl
I consider the 30 or so years
I’ve watched it’s history slowly disappear
A derelict world buried in the urban sprawl.

Odd buildings from a near forgotten century
Cling like sentries to their own special history
Echoes of their famed whitebait suppers
In the Artichoke tavern with good bread and butter
Loved by ship builders to the odd parliamentary.

Imagine the vast mass of tall wooden masts
An ancient shipbuilding heart of it’s past
A floating woodland yet skeletal and erect
Craftsmen, stevedores prepare to bedeck
Great vessels for Raleigh to colonised social outcasts.

Of course, little of this ancient throng remains today
Instead looming skyscrapers, the O2 shrouds the decay
Only the silver river that winds serpentine;
Throws a lifeline to old London now redefined
A guardian to a forgotten memory lost in the clay.

I now drive through the tiled tunnel and consider
Brake lights replacing the horse-drawn day-tripper
The 108 bus-stop by the entrance
A long wait I guess is an acceptance
Just my glimpse of passing lives by the river.