This piece began with a study of the Three Graces; the interplay of arms drew us to the image. Once the initial phase was completed, Stephen explored the intriguing abstract quality of the third figure on the right hand side. At this point, we started to consider its strengths from different angles.

The power of the two arms reaching from top to bottom were important for us to preserve. They have weight and serve to emphasise a sense of motion. We enjoy the ambiguity too, as the hands read in a variety of ways.

We continued to work into the marks, finding contrast with fine lines and dark swathes of ink. Stephen worked into the remaining female figures’s hair with a fantastic cascade of texture, echoing the gravity of the upright composition.

It became evident that a male form was emerging at the top of the painting and it was at that point, that we realised the emerging image was of Perseus and Andromeda. The refining of his head brought balance to Andromeda and encourages the viewer to trace the action from top to bottom.

This is the completed work 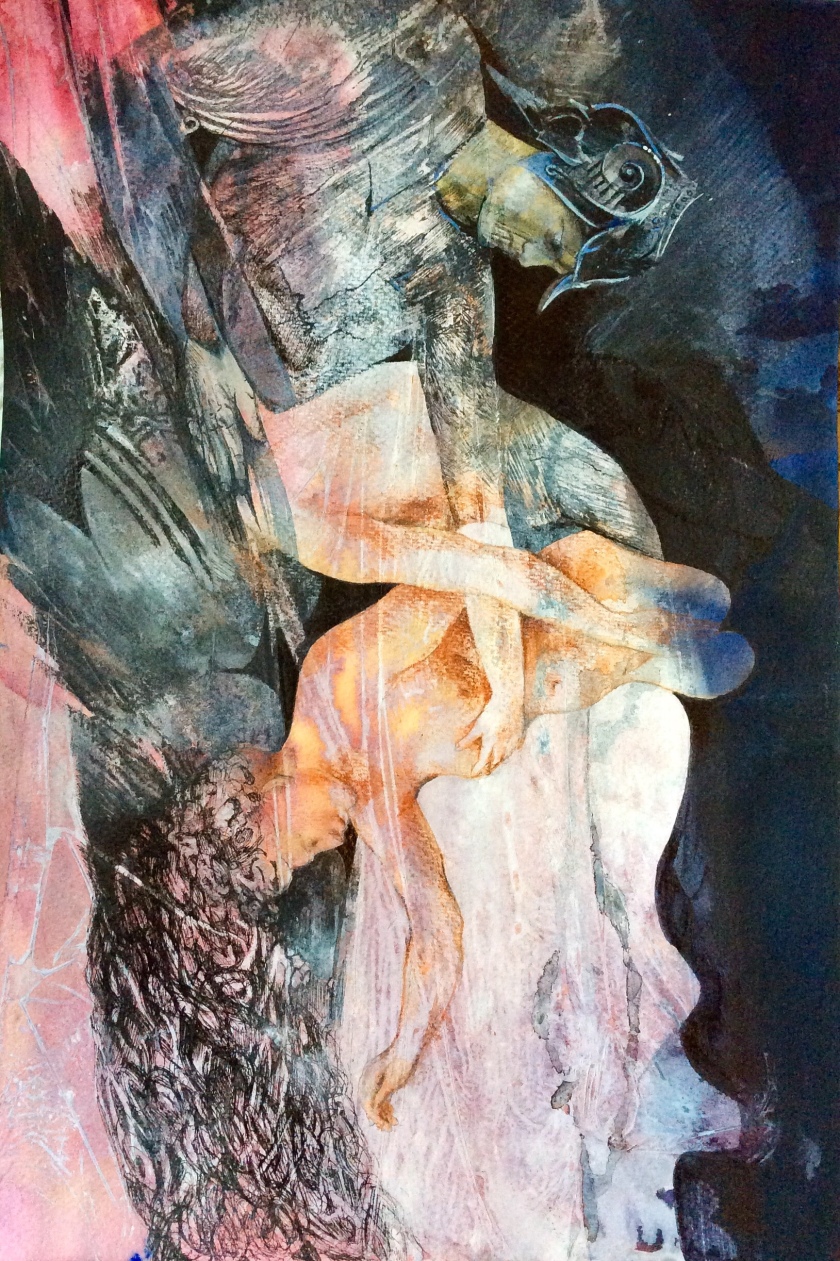 2 thoughts on “‘Perseus and Andromeda’”

‘Uncommon Frog’
We are so looking forward to taking part in this years @savebutterflies count. Here is our collaborative painting from last year inspired by so many orange tips in our garden 🧡 watercolour, ink and pencil on @st_cuthberts_mill #bockingford paper
Work in progress today on a full sheet of beautiful St Cuthberts Mill Bockingford paper
Woden’s nine herb charm. Pen,watercolour and pencil on St Cuthberts Mill Bockingford rough paper 76 x 56cm @st_cuthberts_mill #stcmill #stcuthbertsmill #woden #adder #snake #ukcountryside
‘Woden’s Nine Herb Charm’
Thank you to all our lovely visitors who came along to our open studio event. We so enjoyed it and look forward to participating next year 🤞 Thank you too @suffolkopenstudios ! #thekirins #collaborativeart