We have been totally enthralled by painting this image and were up with the lark this morning to finish it off. Again Rubens provided some inspiration, but only when a strong arm became apparent after looking closely at what the initial watercolour and ink marks suggested. Stephen began to draw some extraordinary lines around what was fast becoming an elbow. They seemed to suggest wings to us, (Mercury perhaps, though ideally they would appear on his ankles) and then we realised that we were staring straight at Icarus. He was the son of Daedalus, the creator of the labyrinth and died not heeding his father’s advise and flew too near to the sun.

Stephen and I both worked alternately on the wings, encouraging them to look tattered, burned and melted. We used a variety of ink pens to vary the marks and encouraged them down the right hand side of the figure. 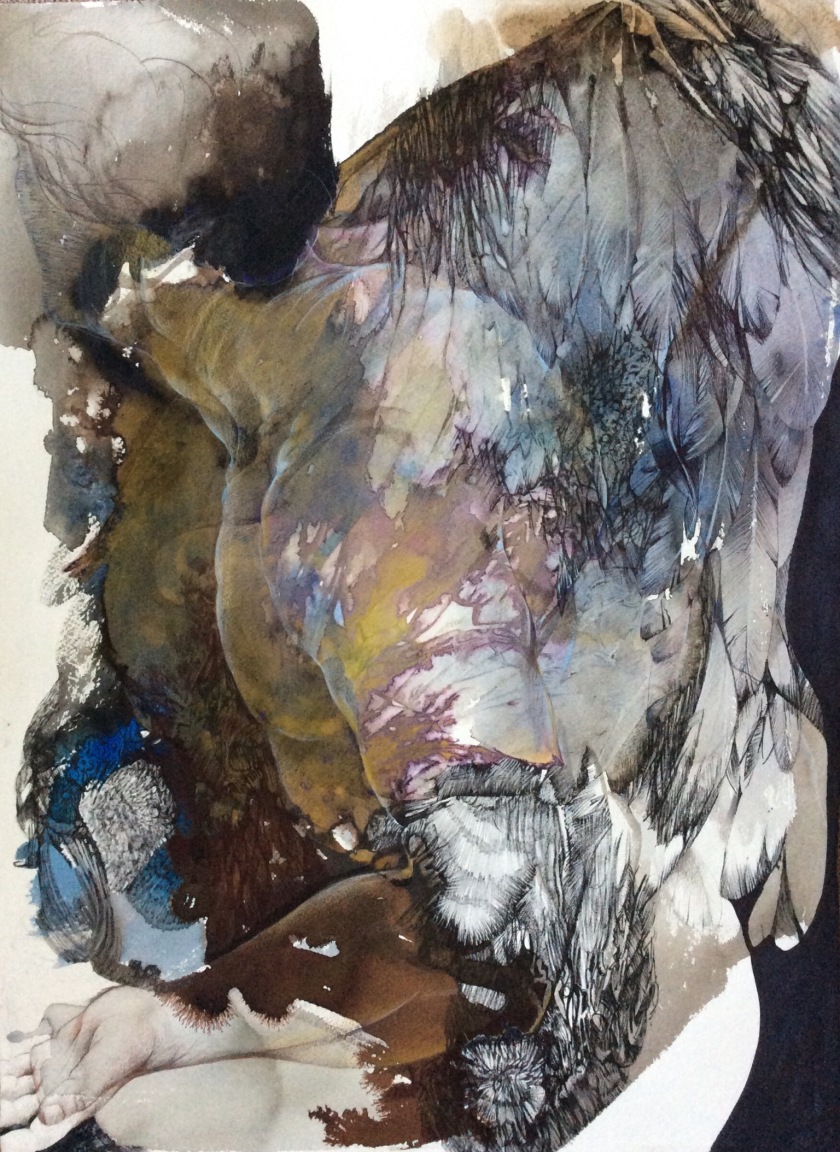 Some details below of Icarus’ marks and textures and the Rubens drawing that helped to lead us there. 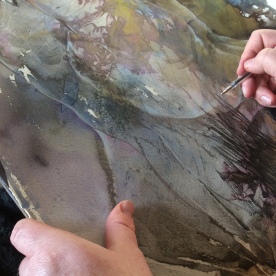 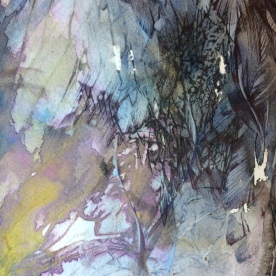 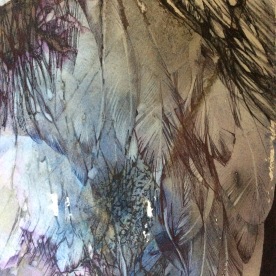 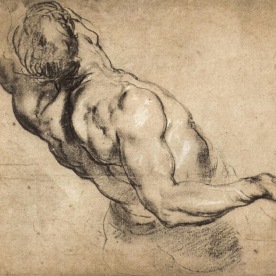